Jean-Charles Boisset serves as president of Boisset Family Estates, one of the world’s leading family-owned wine companies, with wineries in Burgundy, Beaujolais, the Rhone Valley, the South of France, and expertise in French sparkling wines. Boisset’s August 2009 purchase of Raymond Vineyards expanded the company’s footprint in the New World, which already included properties in Canada and California’s Russian River Valley, making it one of the top twenty-five producers in the US.

Jean-Charles has been vital to the family firm’s expansion through organic growth and by building a collection of wineries that fit the family’s vision and share its values. He instituted the concept of the “viniculteur,” which redefined the company’s traditional role to encompass a closer, more active interest in all aspects of winegrowing to ensure sustainable farming practices and premium quality. He also elevated Jean-Claude Boisset, the founding winery bearing his father’s name, to new heights of quality, concentrating its activities on the Côte de Nuits and Côte de Beaune, limiting yields and practicing Biodynamic® farming methods.

Integral to Jean-Charles’ long-term vision has always been a dedication to innovation and the environment, which is reflected in the organic and Biodynamic® farming techniques that have been implemented at Boisset’s wineries, as well as alternative packaging to reduce environmental impact. 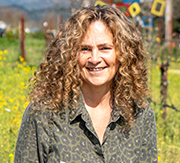 Stephanie Putnam is the Director of Winemaking at Raymond Vineyards, where she oversees all aspects of winemaking for this iconic Napa Valley winery.

Before joining the Boisset Family Estates team, Stephanie spent eight years as winemaker at Far Niente Winery, where she contemporized their house style. Prior to that, she was part of the team at Hess Collection, where she began as a cellar worker and rapidly progressed to winemaker. While there she also worked with the winery’s South American partners.

Throughout her tenure at these highly acclaimed Napa Valley estates, Stephanie has focused on producing high-quality Cabernet Sauvignon and Chardonnay. Her wines have won acclaim, including recognition in the Wine Spectator’s Top 100, Wine Enthusiast’s Top 100, and being named The Wine News Cabernet of the Year.

A Northern California native and graduate of U.C. Davis with a B.S. in Fermentation Science, Stephanie developed her passion for winemaking at an early age thanks to her family’s appreciation of gourmet food and wine. She fondly remembers many childhood trips to the Napa Valley where her parents would come to enjoy and collect wine. Stephanie currently resides in Napa with her two large, lovable Labradors. 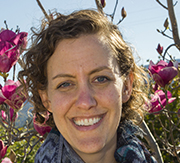 Winegrower and Vineyard Manager Sophie Drucker did her undergraduate studies at UC Davis in viticulture and enology and then worked in the wine industry doing cellar and vineyard work in Napa Valley, Portugal, and New Zealand. She returned to California and UC Davis for a master’s degree in horticulture and agronomy. She originally worked at Raymond in summer 2011 as a viticulture intern and then was hired on full time, eventually becoming the viticulturist/grower relations representative. She left for about a year at the end of January 2016 and returned in February 2017 to be in charge of the vineyards and work with a team that she deeply respects and admires. 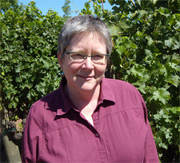 As Assistant Winemaker, Kathy George is involved in all aspects of wine production for Raymond Vineyards, including tasting evaluation, blending, quality control, supervising the bottling, and providing lab analysis. She has been a member of the Raymond Vineyards winemaking team since 1990.

She lives in Napa with her husband, Nate, a Napa native, who she met while studying soil science at Oregon State University. 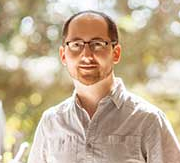 Thane Knutson is the Associate Winemaker for Raymond Vineyards and is involved in all aspects of wine production for Raymond Vineyards. A country boy at heart, Thane was born and raised on the plains of Oklahoma, always surrounded by ranching and agriculture. He graduated with a degree in International Business from the University of Oklahoma, where he played saxophone for the Pride of Oklahoma Marching Band, made wine in his dorm room closet, and worked in the cellar of a local winery in Slaughterville, Oklahoma. Slaughterville will always hold a special place in Thane’s heart.

After spending a couple of harvests making wine and graduating from OU, Thane interned at Cakebread Cellars where he decided Napa Valley winemaking was his calling. Although Thane thought his winemaking adventures would take him briefly to Australia or New Zealand, his plans changed when he met the love of his life, his wife, Sarah. After deciding to stay in Napa, Thane spent two years at Hess Collection Winery as the laboratory technician before joining Raymond Vineyards just two weeks before the current owner, Jean-Charles Boisset made his grand entrance.

Thane currently lives in Napa Valley with his loving wife, three children, and Miniature Australian Shepard, Izzy. In his spare time, you can find him in the great outdoors, hiking and admiring the plentiful flora and fauna of Napa Valley. He finds the winter season with the rolling green hills of Napa Valley and cleanly pruned vines to be the most beautiful time of the year. 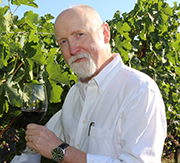 Bill Farmer, our Tasting Room Manager, often says, if you want to enjoy your life, live somewhere people go on vacation. Following graduation from the University of Maine, he has lived in Maine, Massachusetts, Maryland, Tennessee, Michigan, and now Napa, CA. Too, this Connecticut Yankee’s travels have taken him all across the United States, as his professional career found him working in 21 states. For the past ten years, he has been busy ensuring that the guest experience at Raymond is educational, entertaining, and memorable.

Timing is everything, as Bill joined Raymond shortly after Jean-Charles purchase of the winery, and considers himself lucky to be part of the renaissance and creative journey that is the magic of Raymond.